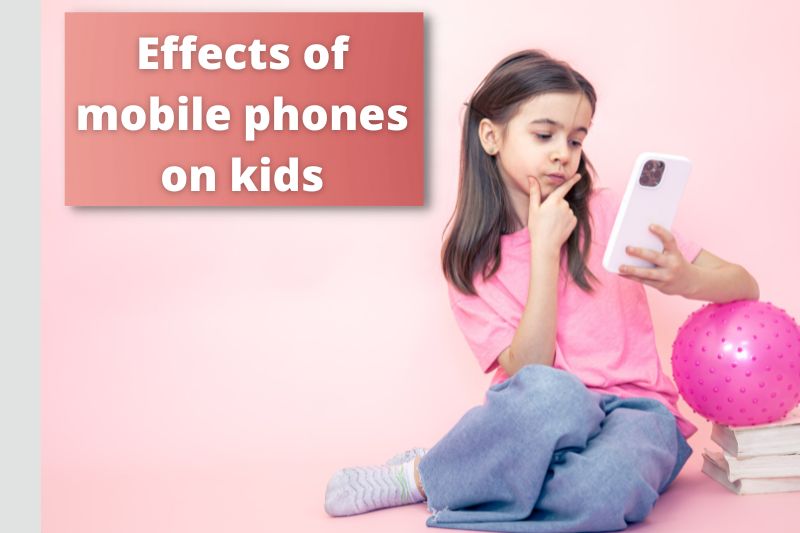 Mobile phones serve a variety of roles for children throughout the globe. A lot of kids these days spend hours on the phone, whether it’s chatting with pals or playing one of the many available games. For young minds, the Internet is a veritable treasure trove of information. Even while cell phones offer undeniable benefits, excessive usage and exposure might have negative outcomes for children.

A child’s mobile phone might serve as a convenient means of entertainment or distraction. Effects of mobile phones on kids. Yet they bring their own problems with them. Common cell phone usage has been linked to a variety of unfavorable outcomes.

We don’t want to alarm you, but it’s important to realize that heavy smartphone users may be at an elevated risk of developing cancer. In spite of the fact that there is less evidence linking smartphone radiation with cancer, you may still want to restrict your children’s phone usage to mitigate any additional dangers.

Researchers have found evidence that the human brain is vulnerable to the effects of electromagnetic radiation, but more work is needed to confirm that such exposure might disrupt normal brain function.

As electromagnetic waves are used by mobile phones for all types of communication, including internal ones, and electric impulses are used by the brain’s neural network to carry on conversations, it stands to reason that this may have an effect on the brain.

Affects Success in the Classroom

Quite a few students bring their mobile devices to class. There has been a steady rise in the number of students who use their phones to engage in social activities during school hours. Because of this, students are less likely to pay attention in class, learn crucial information, and perform adequately on tests.

Children spend less time outside and less time being active because they are addicted to their phones. Because of this, they are at increased risk for obesity and other disorders, some of the most dangerous of which are diabetes and hypertension.

A cell phone has advantages and disadvantages, like any other technological device. The smartphone’s technical power is astounding, and it’s also a great resource for teaching kids. However, moderation and time limits go a long way toward ensuring kids are healthy and teaching them excellent habits they can carry into adulthood.

If you are worried about the Effects of mobile phones on kids, get in touch with Dr. Vikas Patil in Pune who can help you out in figuring out the right thing for your kid.